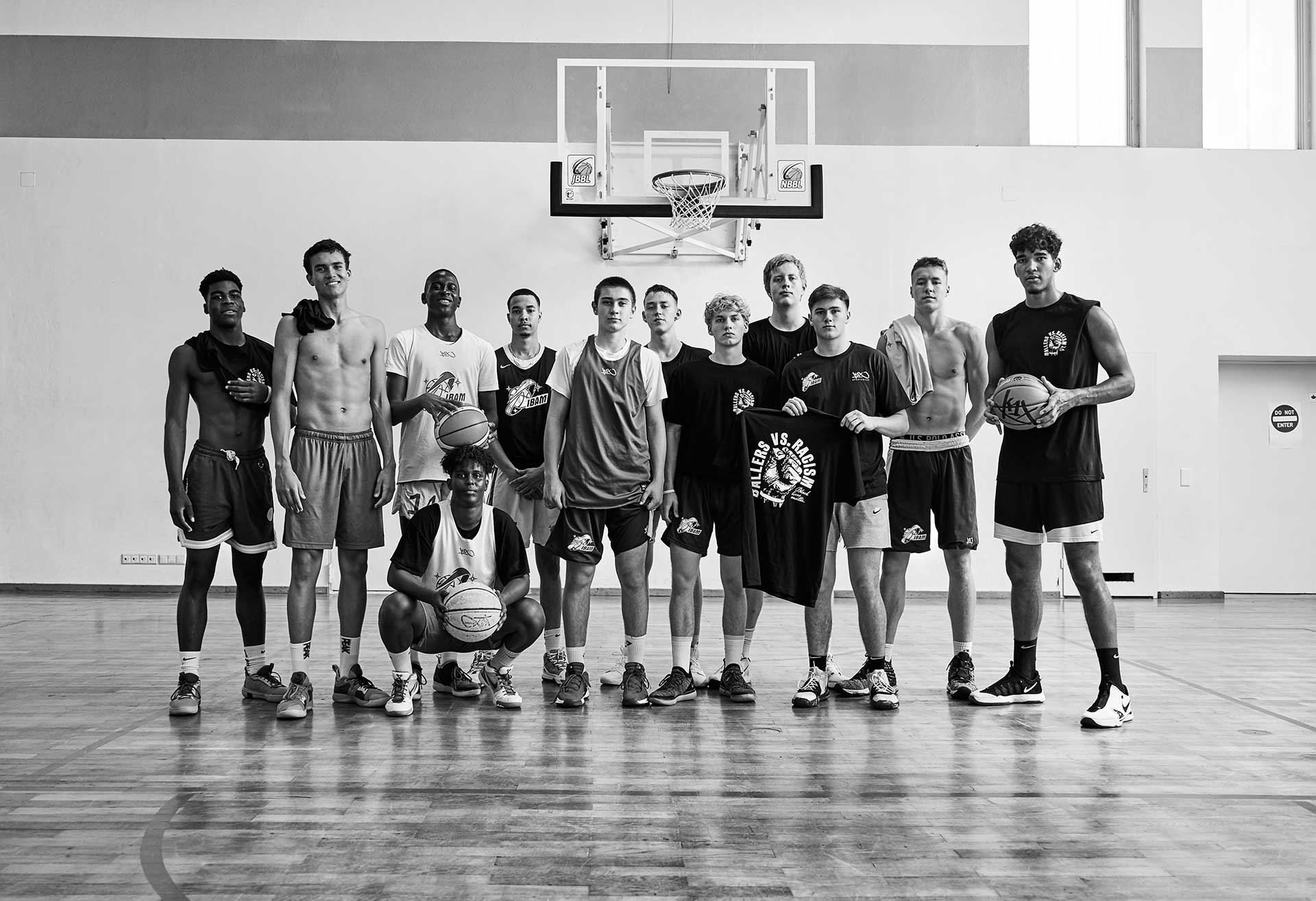 You know how every baller has their special home club, where everything began…? In the case of many in our crew at KICKZ.com, that team is IBAM – International Basketball Academy Munich – and the historic club behind it, MTSV Schwabing. After winning German Championships eons ago (1947 and 1949), the club has carved out a niche for itself in the development of premium basketball talent and winning youth tournaments. Thanks to the steady work of coach Robby Scheinberg and his staff, IBAM has established itself as a renowned powerhouse in European U-19 hoops. The surge of IBAM players such as Oscar da Silva (Stanford University), Joshua Obiesie (s. Oliver Würzburg Baskets), Isaiah Ihnen (University of Minnesota), and Tristan da Silva (University of Colorado) is an obvious testament to the academy’s pedigree. And there’s waaay more where those came from… So look out for Ralph Honnou, Benjamin Schröder, Big Ben Leuchten, Tristan, and the other dudes in the future – and in the following shots. KICKZ’s “Ballers vs. Racism” Tee was created to show our full support for the Black Lives Matter movement. To take an unmistakable stand against all types of racism, police brutality and social injustice. All proceeds gained by the sale of the tee have been donated to our friends at Afrojugend München, who activate various #blm projects in our neck of the woods. Basketball culture is usually defined by unity when it comes to matters of race. It makes us extra proud to spread the message of “Ballers vs. Racism” by way of our IBAM fam, who are currently running two-a-days at the legendary “Ursulahalle” in preparation for next season. IBAM live and play by that very code expressed on the tee. A way of life that comes so very naturally to most basketball communities around the world. And that makes our sport exemplary for values of equality and freedom. 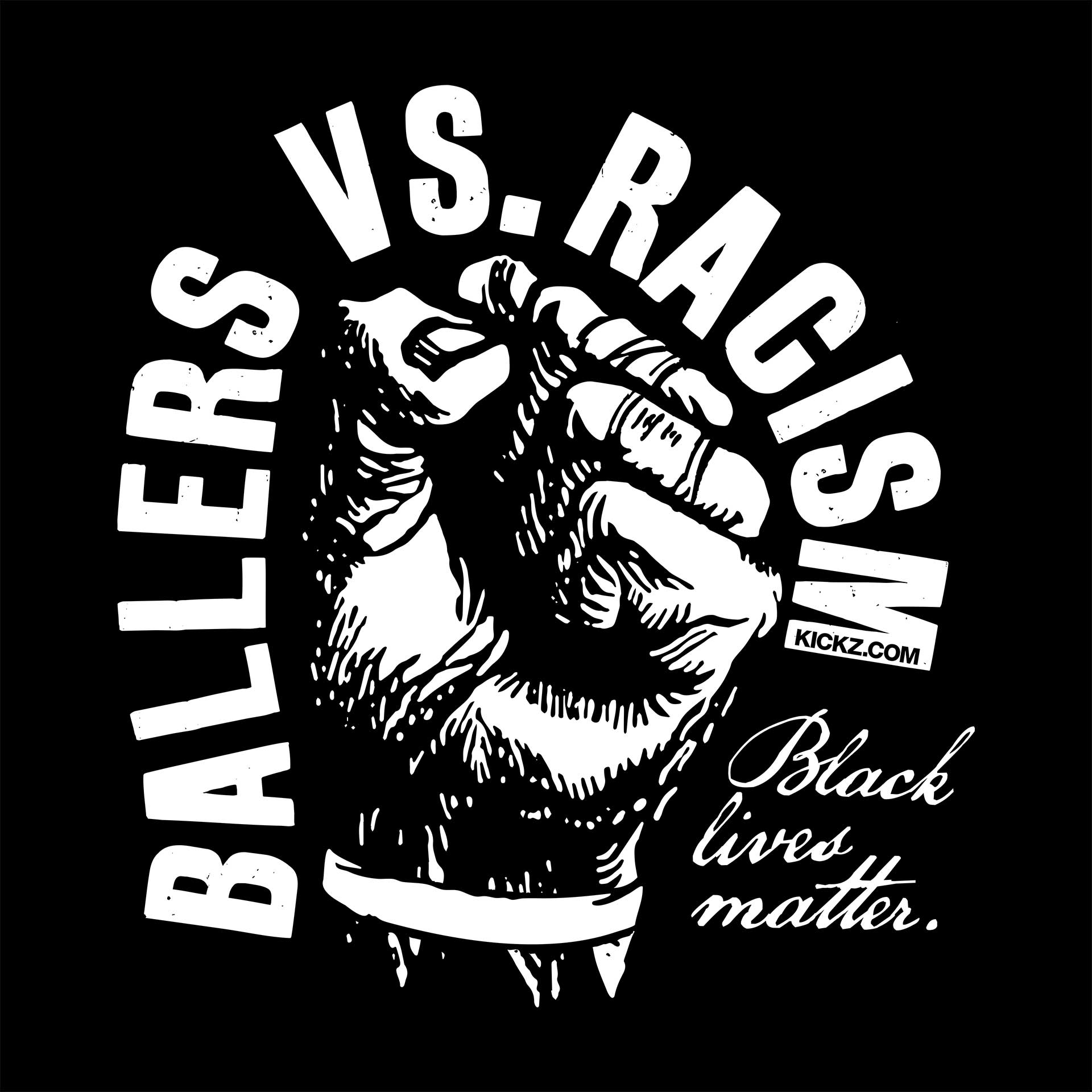 100% of all proceeds are donated to local Afrojugend Organization in full support of the black lives matter movement. 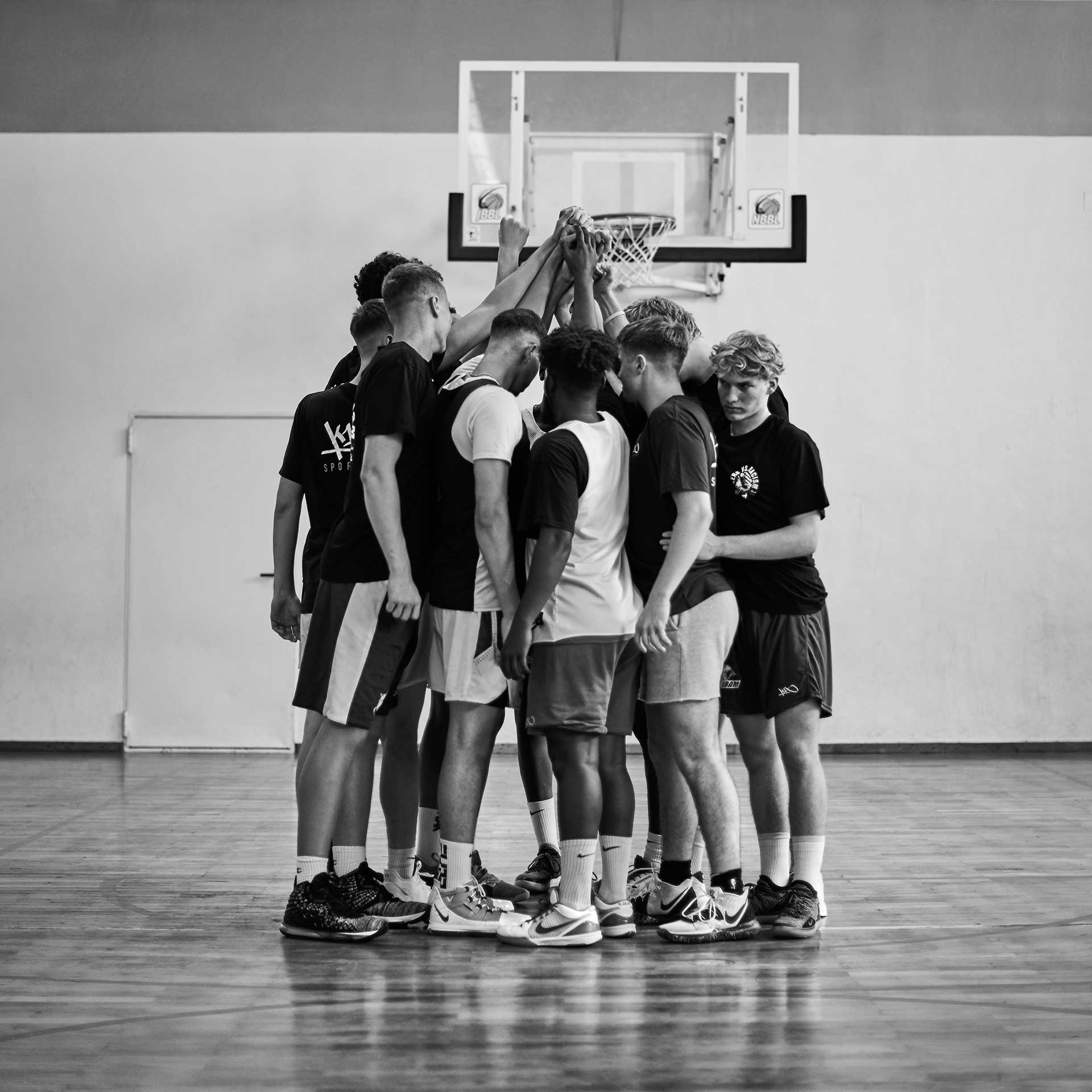 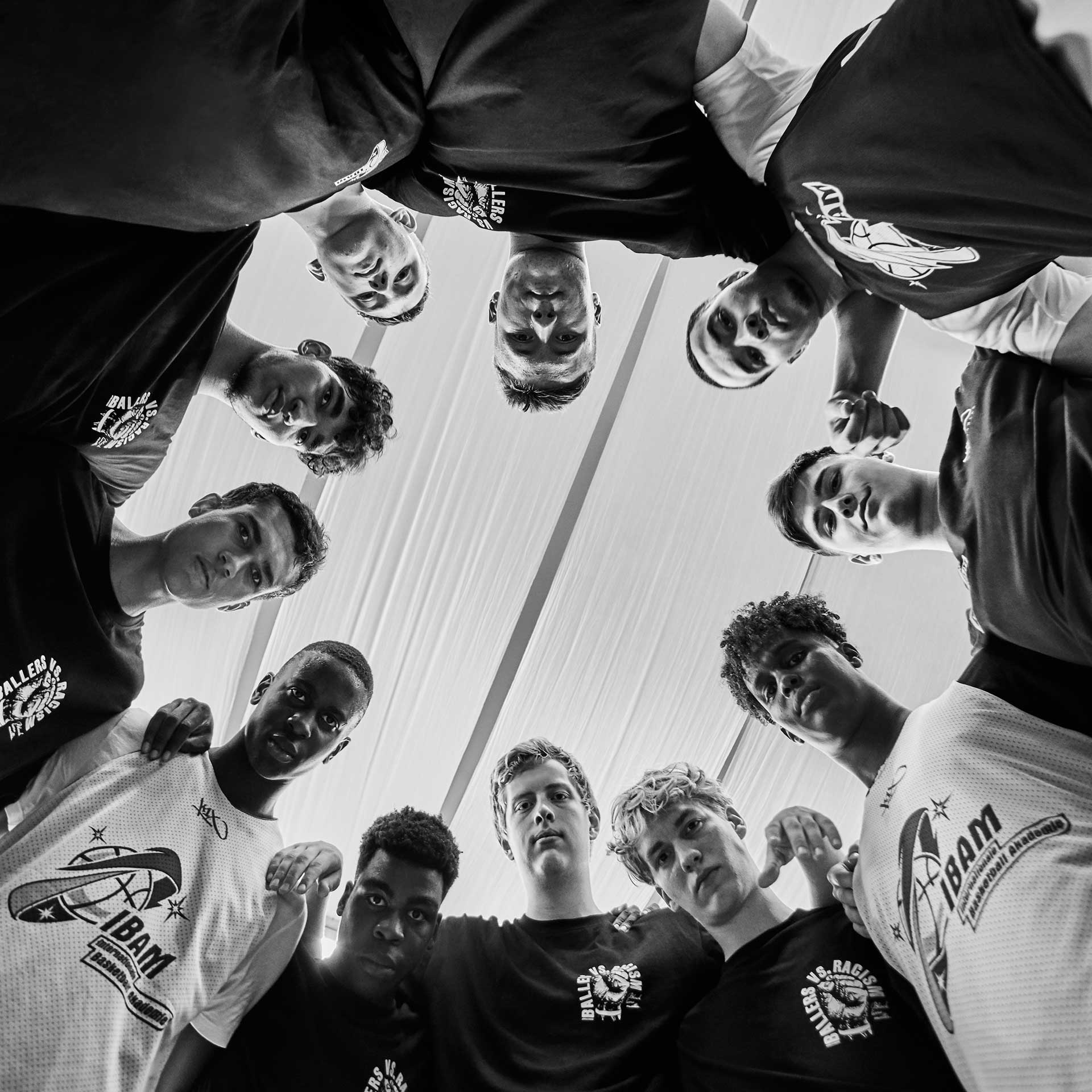 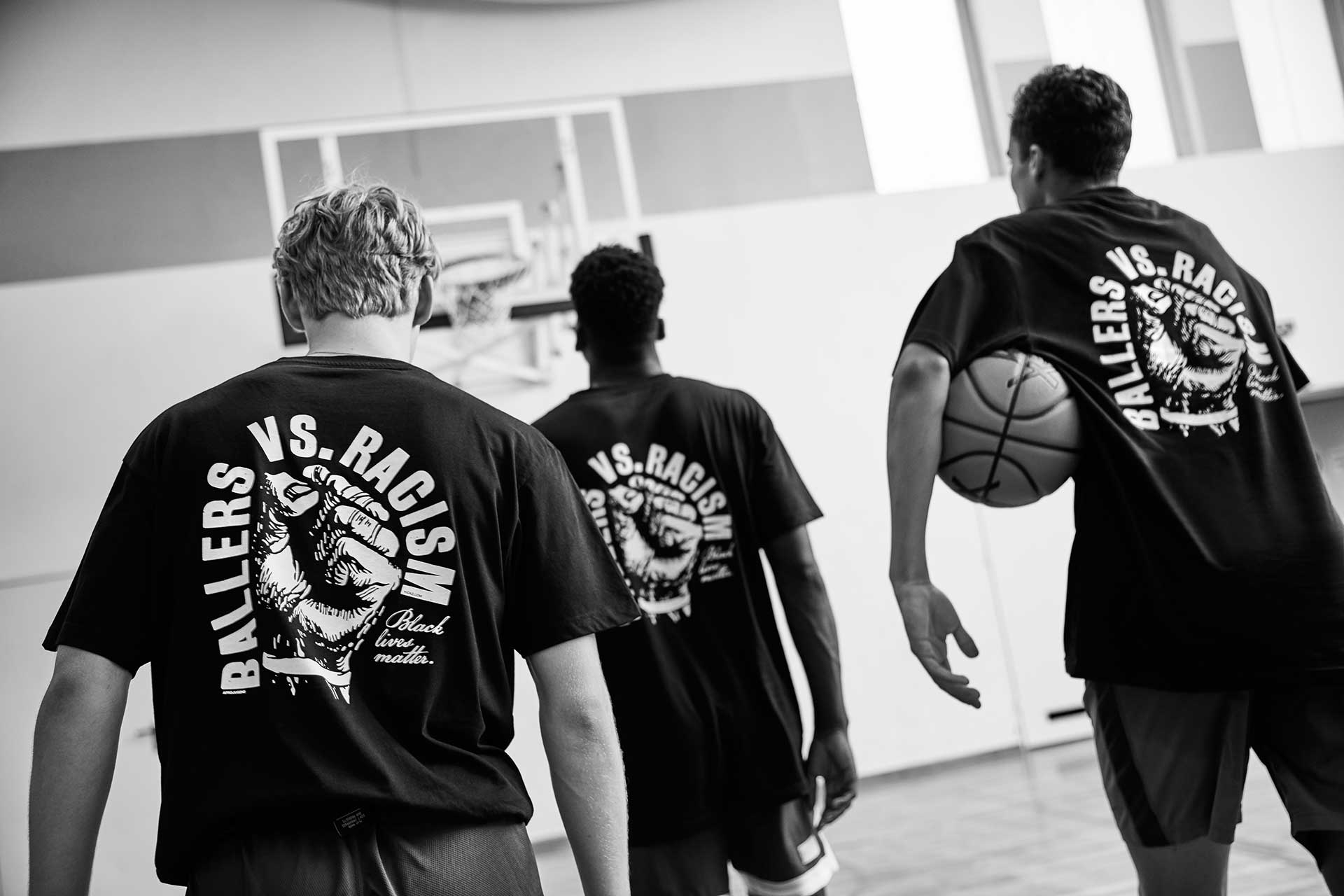